Taking Money Out of Politics: A Seattle Case Study 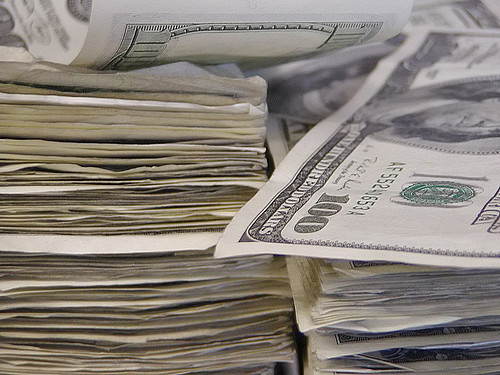 On November 3, 2015, Seattle voters passed by double-digit margins a locally grown reform measure that promises to radically change how candidates for public office finance their campaigns. Won with a resounding 64 percent of the vote, the measure:

The campaign had support from national funders, including the 2021 Victory Plan, the Piper Fund, Every Voice and Voqal. A local coalition led by Voqal grantee Win/Win Network was intent on creating an inclusive governance structure and engaging those who traditionally face barriers to voting and elections. This approach was somewhat at odds with other experts’ inclinations to target campaign spending and messaging at higher propensity voters. With the advent of more sophisticated voter data files, analytics and modeling, campaigns increasingly target likely voters based on previous voting behavior because that is believed to be most efficient for resource allocation. Win/Win’s own data on local and statewide voting patterns suggested that, even though residents in south Seattle (where the majority of low-income and people of color live) were less likely to vote overall, this area had voted overwhelmingly for greater electoral representation and other structural reforms when given the chance.

Honest Elections Seattle was greatly supported by communities heavily populated by people of color and diverse ethnicities. According to a third-party evaluation of the Seattle and Maine victories commissioned by Every Voice, funding from Piper and Voqal was “earmarked” for outreach to the New American Majority (people of color, young people, single women) communities. A Seattle campaigner told Every Voice, “Without the support of Piper and Voqal, we would not have had field in communities we considered really important.” According to Every Voice’s analysis, the turnout rate for voters canvassed door-to-door by eight coalition partner organizations was 68 percent, significantly higher than the overall electorate of 46 percent.

In sum, the victory in Seattle is attributed to several factors:

Although organizers met their campaign goals and voter turnout exceeded expectations in an “off-election” year, challenges summarized in the Every Voice report include three that are related and relevant for future planning and consideration.

The timing of funding is critical.

“Earlier funding would have enabled more and better work” because funding uncertainty left organizers with an extremely short ramp-up to hire and train canvassers.

Research has shown that these voters are less passionate about campaign finance reform than others. Nevertheless, Seattle demonstrated that trusted messengers from local organizations have a positive impact on turnout from such communities.

Traditional polling may leave out or marginalize low-propensity voters.

Polling data often drives decisions regarding campaign budget allocations, messaging and modeling. Piper Fund and Voqal funding enabled campaign organizers to go beyond what such data indicated and create a more nuanced targeting and outreach approach to these voters – with tremendous results.

Dēmos has called this victory “a new template for what can be accomplished when racial equity values are brought into campaign strategy – it’s not just that we win, but how we win, that matters.”

Learn more about how this game-changing policy is working in Seattle on the Honest Election Seattle website.

For a complete look at Voqal’s efforts to get money out of politics check out the Taking Money Out of Politics: A Weighty Lift and Balancing the Scales: The Fight for Our Democracy reports.