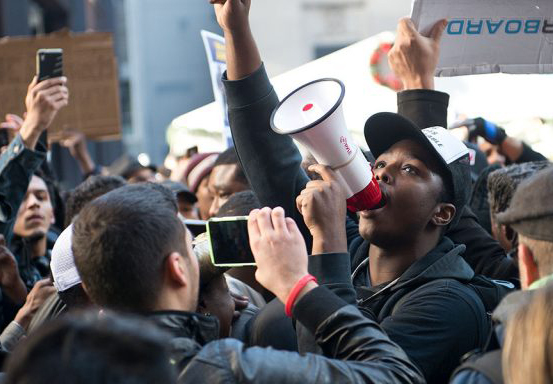 United Working Families recruits and trains Black and Latinx candidates who come from the rank and file of its movements for racial, social, and economic justice. They organize year-round to build the mass organization needed to help those candidates win on the issues their communities care about.

The People’s Lobby is a membership-driven organization of people across the Chicago region that work together to build widespread support for public policies and candidates – including people from the community – that put racial and gender justice and the needs of people and the planet before the interests of big corporations and the very rich.

ONE People’s Campaign is committed to winning racial, gender, climate, and economic justice by dismantling systems of oppression. Made up of people directly affected by these issues, it accomplishes this through year-round community engagement, advancing progressive policies, and building governing power across Illinois.

Illinois Immigrant Action is dedicated to promoting the rights of immigrants and refugees to full and equal participation in the civic, cultural, social, and political life of a diverse society. It engages in grassroots and direct lobbying at the local, state, and national levels. It also organizes community voting projects, including canvassing, mail campaigns, and get-out-the-vote activities.

Grassroots Illinois Action is a community-based organization building a permanent, grassroots independent political organization. It works to expand the progressive influence of its members by organizing and empowering each other to address community needs and promote economic and racial justice.

The Center for Racial and Gender Equity works to build the power of the Black women most directly impacted by the intersections of violently racialized and gendered capitalism to advance a radical vision for liberation, through leadership development and political engagement. It runs grassroots policy and electoral campaigns, engages Black voters, and builds Black women’s leadership to advance a legislative agenda and candidates that explicitly support Black women’s liberation.

Chicago Votes Action Fund seeks to increase civic engagement among young people in the City of Chicago. It listens to and raises the diverse voices of young people in Chicago who want to create a more robust and inclusive democratic process. It does this by registering young people to vote across Chicago, providing them with civic training on issues affecting their communities, and pursuing the legal and practical enactment of policies that young people support.

Chicago Filmmakers is a nonprofit media arts organization that fosters the creation, appreciation, and understanding of film and video as media for artistic and personal expression, as well as media of important social and community impact. Voqal support helps ensure that the Chicago Digital Media Production Fund can continue to support socially conscious video and media projects that are compelling, authentic, impactful, and transformative.

Urban Gateways engages young people in arts experiences to inspire creativity and impact social change. It works to overcome the social and economic barriers youth face so Chicago’s youth can access Chicago’s artistic and cultural vitality. Its programs are delivered by experienced professional artists and staff who guide program participants through music, dance, theater, multimedia, literary, and visual arts experiences – engaging young people, their teachers, families, and communities with the power of creativity and the arts.

MediaJustice (formerly Center for Media Justice) is building a powerful grassroots movement for a more just and participatory media — fighting for racial, economic, and gender justice in a digital age. It boldly advances communication rights, access, and power for communities harmed by persistent dehumanization, discrimination, and disadvantage.

Sparking democracy through documentary since 1966, Kartemquin is a collaborative community that empowers documentary makers who create stories that foster a more engaged and just society.

Grassroots Collaborative builds power with working families through strategic community-labor organizing, grassroots leadership development, civic engagement, and training. By convening coalitions in Chicago and Peoria, it brings the power of strategic alignment and shared ideology to win transformative change in Illinois. Its aspirational campaigns link Black and Latinx displacement, criminalization, and corporate greed within a Rights framework raising up and activating those most affected by systemic oppression.

Chicago Votes is a nonpartisan, nonprofit organization that is building a more inclusive democracy by putting power in the hands of young Chicagoans. It is engaging and developing a new generation of leaders by opening the doors of government and politics to young people from all corners of the city.

These organizations exemplify the type of community-based organizations we believe are key to building the power needed to create true social and racial equity. We are honored to be able to support their work and look forward to their continued positive impact in Chicago’s diverse communities.

Learn more about Voqal’s grantmaking and the organizations we support on our grants page.