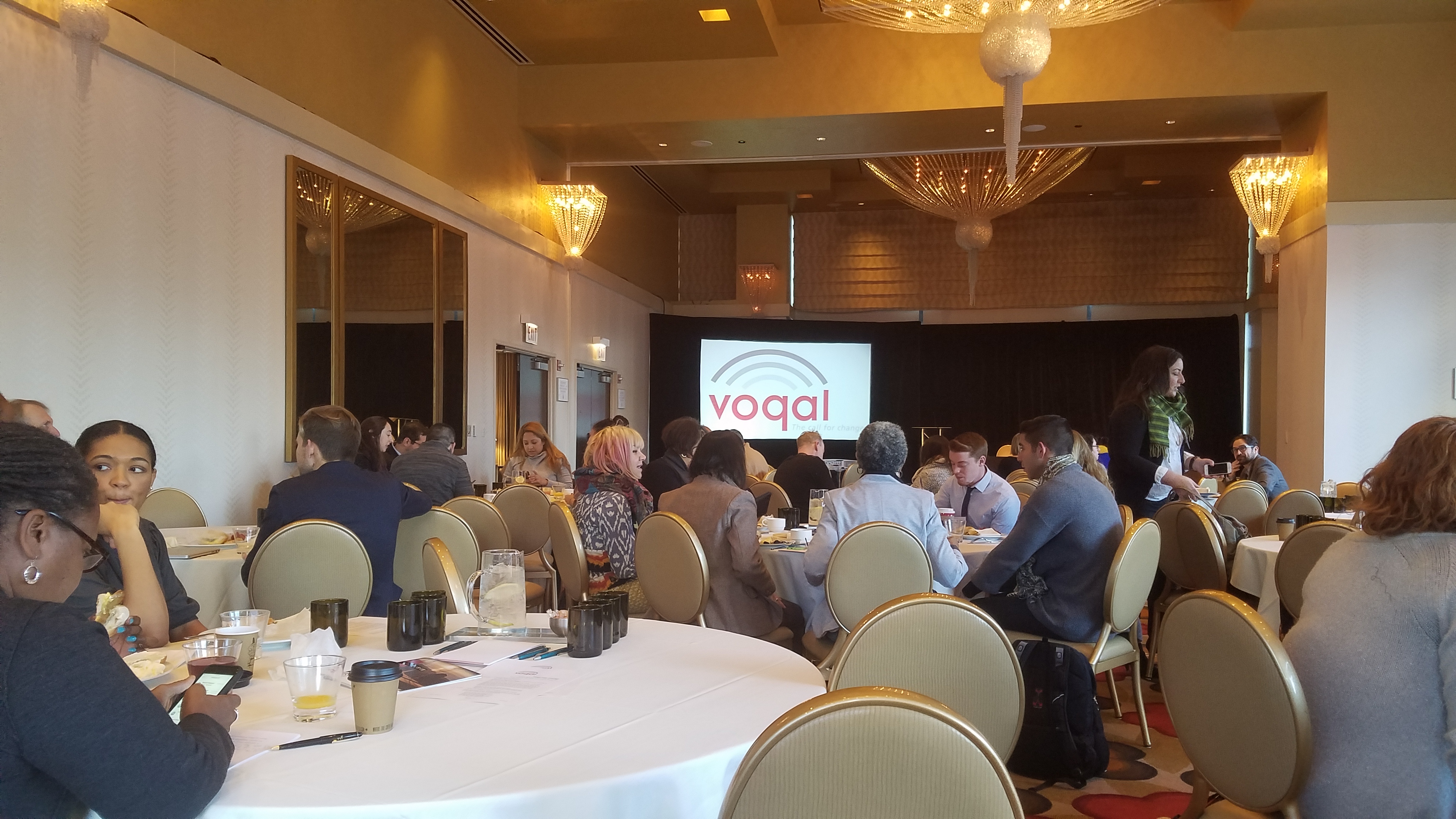 This past Thursday, Voqal held its first-ever convening of grantees at Voqal Call: Chicago and it was a huge success. Voqal grantees from all over Chicago and Illinois came to the Hotel Palomar in Chicago to learn from each other and collaborate on potential strategies for advancing social change. By tapping into the expertise of our grantees, Voqal was not only able to share highlights from change-makers working in progressive organizing, advocacy, media and technology but also helped those grantees identify opportunities to build more intentional collaboration and create a shared agenda on building a more progressive and equitable society.

The day started out on a strong note with rousing opening remarks from Voqal Chicago board member Dan O’ Neil. Not to be outdone, the keynote speaker for the event and founder of the Black Youth Project, Dr. Cathy Cohen reminded participants that “we cannot be content in what we did before” and that we must “invest in radical and transformative organizations.” The morning continued this theme of the need for transformational work with a panel featuring members of the NextGen Illinois coalition sharing how they work together to engage young people in the political process. Finally, several organizations including New Media Ventures, Invisible Institute, City Bureau, Free Spirit Media, People’s Action, State Innovation Exchange and CEL Culture Lab shared both their current work to advance progressive causes and their blueprints for moving forward under the current social and political climate in a series of rapid-fire presentations.

After a networking-filled lunch, the convening switched gears a bit to focus on storytelling’s role in advancing social equity and progressive causes. Including speakers from Open TV, Kartemquin, Brujos and Scrappers Film Group, the panel provided valuable insight into how visual mediums like film can be used to advance the work of Voqal and its grantees. Following the excellent information gathered from the morning and early afternoon sessions, participants broke into small groups and applied their collective knowledge to several important issues including addressing the digital divide, income inequality, police accountability and much more. The day finished as strongly as it started with a spirited call to action from Illinois State Senator Daniel Biss and State Representative Will Guzzardi and closing remarks from Voqal founder and president, John Schwartz.

Considering this was the first-ever gathering of Voqal grantees, we were not sure what to expect. However, between the wisdom shared by the various speakers and the networking that took place, it’s safe to say that when Voqal grantees get together, great things happen. Thanks to everyone who made Voqal Call: Chicago a success. While it is uncertain what the coming year has in store for Voqal and its grantees, if this convening is any indication it’s bound to be another exciting year of progress for the work we all do to advance social equity.