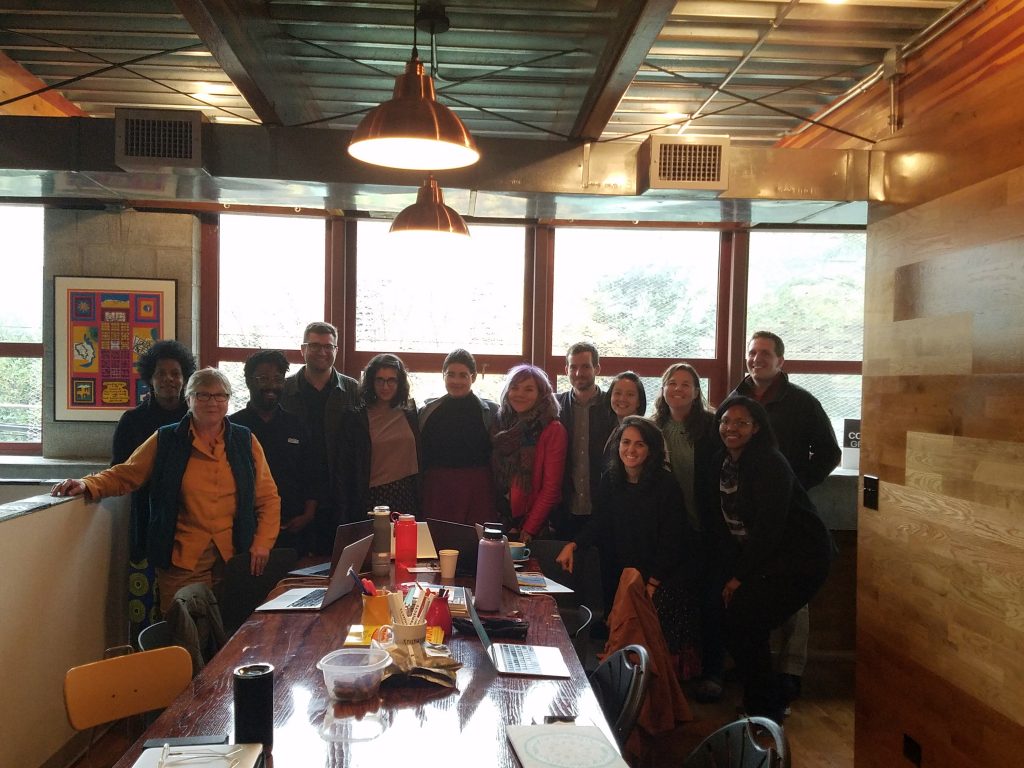 Earlier this week, Voqal had the opportunity to engage with its grantee community in Chicago. 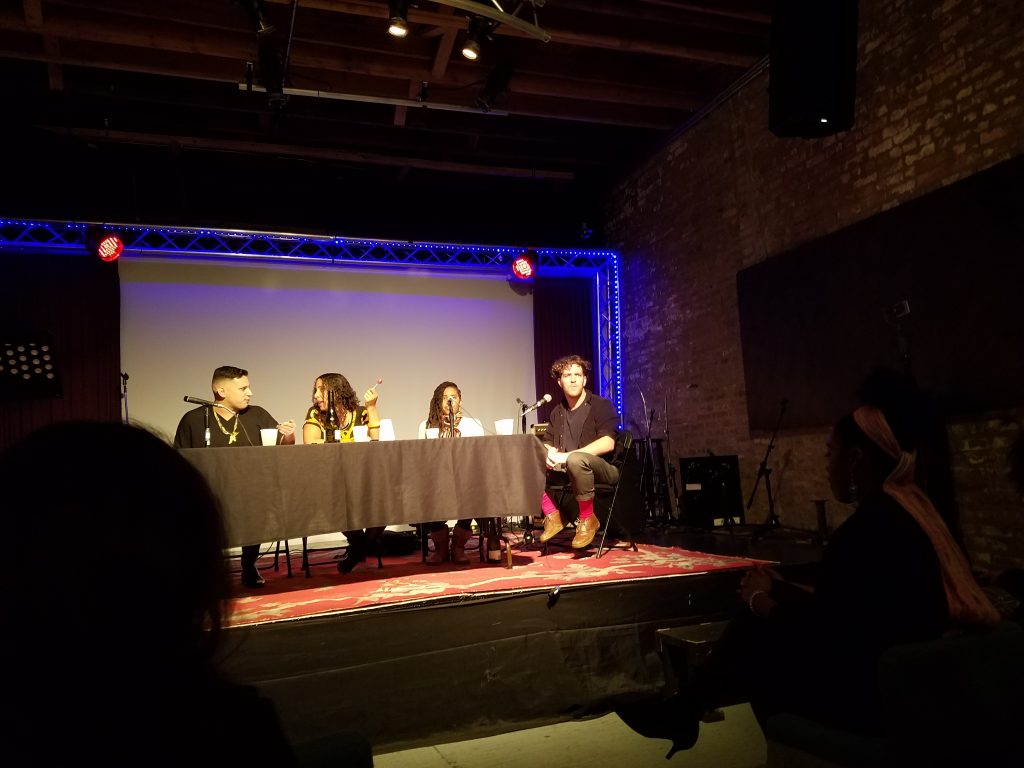 On Saturday, Voqal attended a live taping of The Hoodiosie. One of Voqal’s newest grantees in Chicago, The Hoodoisie is a radically-policized, bi-weekly live news show occurring in a different gentrifying neighborhood every month. This week’s episode was recorded at the Citalin Gallery and focused on the politics of death and dying. It featured a panel discussion on current political events, an interview with Death Doula Emmy Colon, and an interview with and musical performance by Jadele Mcpherson. It was a great introduction to this new and exciting initiative. 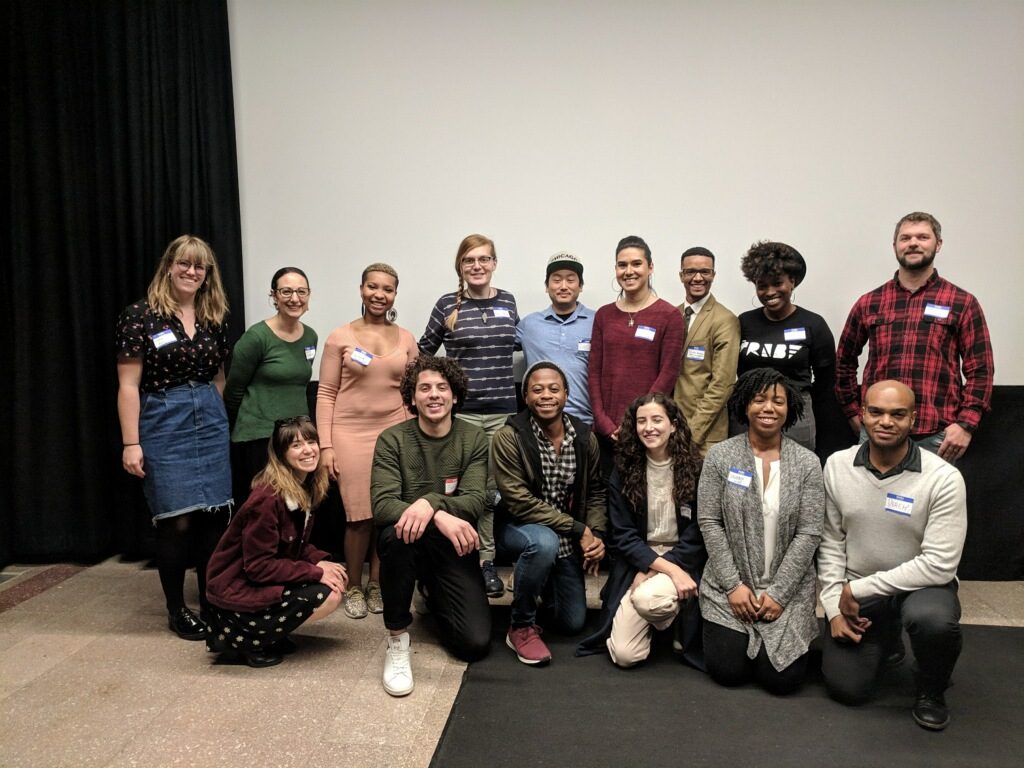 On Sunday, Voqal attended a screening at Chicago Filmmakers. Beyond being impressed by their facility, a recently remodeled firehouse, the Voqal team was excited to view several films and webisodes from a selection of recent Chicago Digital Media Production Fund recipients, including the winner of the Best Indie Series Streamy, The T. Prior to the screening, Voqal board members Barbara Iverson and Lilly Gleich said a few words about the importance of the program and the reason behind its creation. Voqal is proud to support the Chicago Digital Media Production Fund and the great progressive filmmakers and media producers it supports.

Monday was another busy day as Voqal board and staff members met with several grantees including members of the progressive alignment table, a group of nonprofit organizations working towards creating a lasting movement for concrete progressive change in Chicago and throughout Illinois. Voqal also had the opportunity to learn more about a potential new partner in Chicago, Urban Gateways and its Street Level youth media program during a tour of the Street Level facility. This is a great organization and program and we look forward to its continued work to provide a space for Chicago youth to work on a variety of multimedia projects including video and audio production. 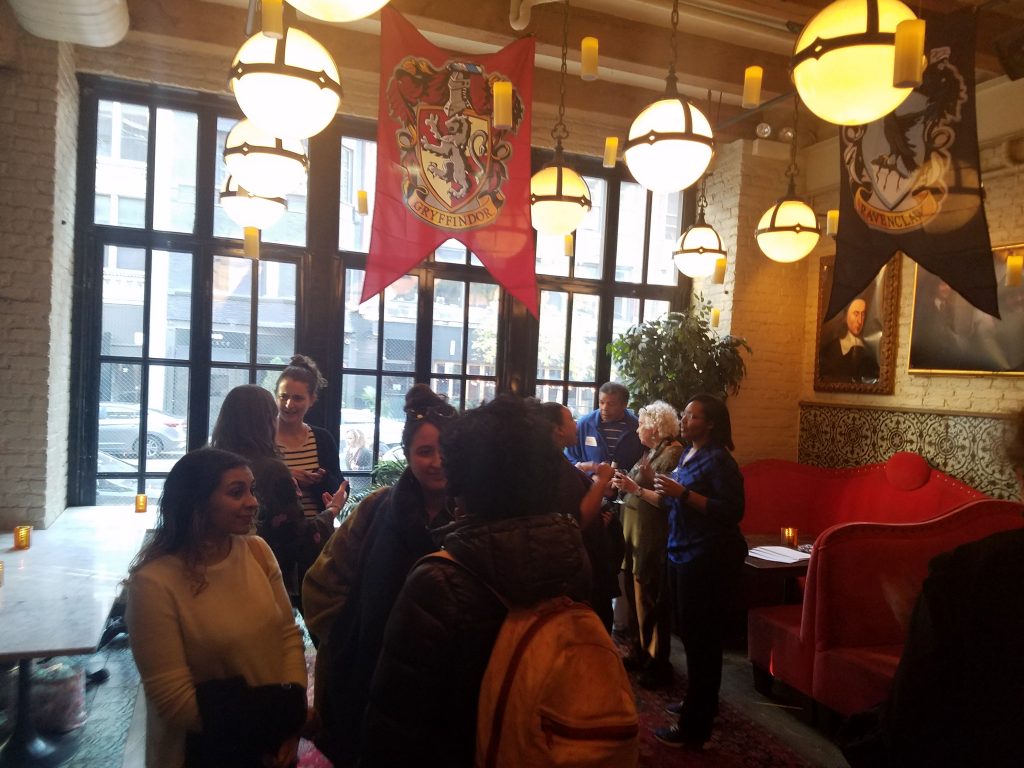 Monday finished up with a Voqal happy hour at the Hubbard Inn where many of our partners and grantees came together to meet Voqal board members and make connections that are sure to lead to stronger partnerships throughout Voqal’s Chicago grantee community.

Last but not least, Voqal had the opportunity to tour Voqal grantee City Bureau’s office on Tuesday morning. Voqal also attended City Bureau’s staff meeting to learn more about the important work the organization is doing to bring journalists and community members together to produce more equitable media coverage in the South Side of Chicago. Voqal and City Bureau also discussed strategies for supporting each other’s work going forward. It was a great finish to an excellent few days of grantee engagement.

Voqal is proud to support a thriving progressive organizing and media landscape in Chicago. Thank you to all of the grantees that took the time to meet with us and share the great work Voqal helps to support.