Voqal DEI Spotlight: Talking to Others About System Racism 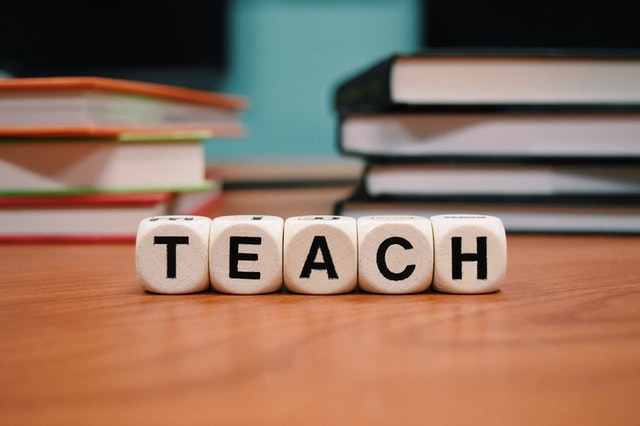 In Voqal’s latest DEI spotlight, Voqal business support specialist, Annie Stoneburner, reflects on a recent experience she had discussing the complex issue of systemic racism with a family member and her thoughts on the challenges that arise during those conversations.

Prior to the passing of George Floyd, it was my intent to write a blog regarding why white people care about racism and my own awakening to this movement. However, the past month has shown the support of white allies during this time and highlighted numerous white people who are doing this work.

I recently had an open, honest conversation with a family member about racism. Unfortunately, they believe it is not a societal problem and is simply “overhyped.”  They see this country as harmonious and that racial conversations simply create tensions that are not there. As a white accomplice, I felt it was my duty to try and explain how racism affects those in this country.

When entering into a conversation with someone who does not see systemic racism as a problem, there are a number of ideologies that must be contested to effectively illustrate the culture of white supremacy that dictates most of our lives. A belief can be a difficult thing to change in a person and is often so ingrained in their identity that they are unable to see around it.

Take “color-blindness” or “judging a person by the content of their character” for example. As Autumn McDonald states in her perspective, The Problem with Colorblindness: “Saying you don’t see color robs groups of their identity, experience, plight, beauty, and strength.”

Another important belief that needs to be deconstructed is the idea of America as a melting pot. While all cultures do come together in this country, there is still joy to be found in celebrating different groups’ culture, heritage, and beliefs. If America were truly a melting pot there would be one shared experience. But this isn’t the reality of our country, nor should it be. We are enriched by each other and together we are made better because of the sum of our parts. We are not a melting pot. We are like my friend Nicie’s homemade “Kitchen Sink” cookies – a plethora of ingredients both salty and sweet, baked together, and joined as a symphony of flavors. Trying to take race out of a person’s character is not possible. We are the summation of our lives and experiences and race affects all of these things daily.

Of course, some people see racism as simply a practice of bad people who hate people of other races because of the color of their skin. However, this kind of thinking can lead one to believe that there is very little racism in society outside of extremist groups like the KKK, Neo-Nazis, and other overtly racist and discriminatory organizations. But of course, racism is so much more than that. Racism is entrenched in the very fabric of our society, from our workplace norms to our criminal justice system to voting and civic engagement and more. The very systems we engage in are rife with white supremacy and white culture. But if we are stuck in the thinking that the only real racist is the man with the white hood or the woman with the swastika tattoo, we pull away from seeing both the racist patterns within society and within ourselves.

As a result, we must recognize our own part in white supremacist culture. At a conference I recently attended, I talked to a man who introduced himself by saying “My name is Jah.” Without thinking, I replied, “Nice to meet you, John.” Fortunately, he corrected me. “No, Jah. J-a-h. Why do people always think my name is John?” This gave me pause. Why did I assume his name was John? In retrospect, he clearly said Jah. Which is when I realized it was my own participation in white culture. In my head, I perceive John as a real name, and not Jah. So, although he pronounced his name correctly, I corrected it in my head to what was “right” and “normal.”

For people who are not used to conversations about racism, these can be tough concepts to grasp. Oftentimes, we as white people shy away from the conversation, afraid to confront the daily racism that we all experience in our lives. Robin DiAngelo talks about this problem in her book White Fragility: Why It’s So Hard For White People To Talk About Racism. “White fragility is the state in which even a minimum amount of racial stress becomes intolerable, triggering a range of defensive moves.”

However, as DiAngelo goes on to explain, Black, Indigenous, and people of color (BIPOC) individuals live inside a racial world daily. While a white person can disconnect from a conversation about race, BIPOC individuals cannot take off the color of their skins and walk away from a conversation about who they are. Because of this we must continue the conversations and challenge our white friends and family to be uncomfortable while we talk about the real problems of race in this country.

I believe we should talk as long as we can about as much as we can, while still preserving our mental health. To be true accomplices to anti-racist work we must use our privilege to point out others’ privileges to them and try to lead them down the path of anti-racist work as well.

The conversation I had with my family member was hard, long, and in the end, I don’t know how much it ultimately affected their beliefs. But I do know that I gave them something to think about. Hopefully, that reflection will put us both in a better place with a better understanding the next time we talk about racism. Either way, there will be a next time, because I promise to keep trying.