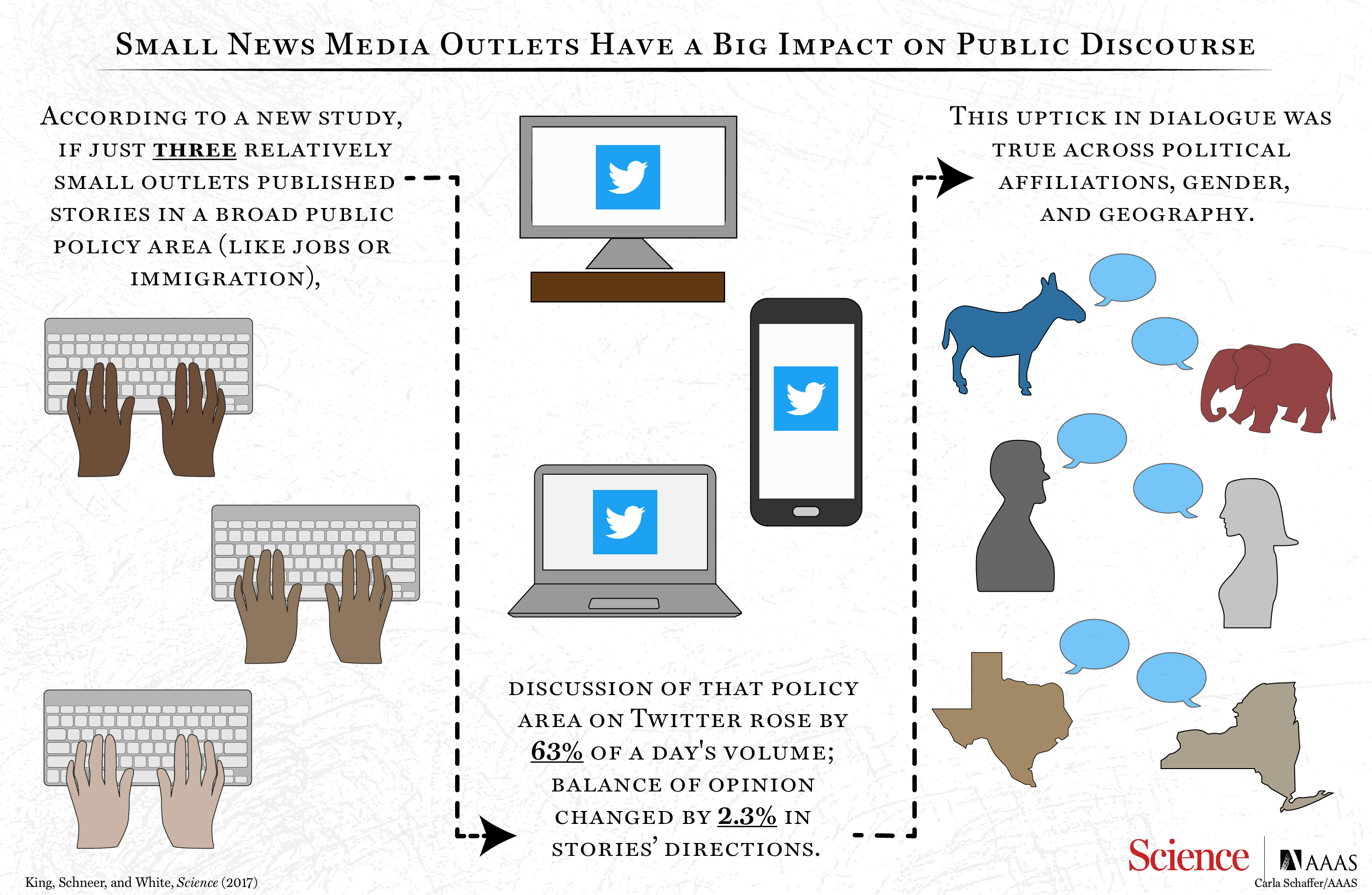 Voqal was the primary funder of an innovative research project led by Harvard University Professor Gary King and published today in Science magazine that found small media outlets can have a dramatic impact on the national conversation about major public policy issues such as employment, immigration and the environment.

Specifically, the study found that if just three outlets write about a particular topic, it can increase public discussion of that topic across social media, boosting traffic on the subject by 63 percent over the course of a week, relative to a typical day’s traffic.

A long-time proponent of the power of independent media, Voqal was thrilled to support this ground-breaking work. Democracy thrives on an informed, empowered and engaged public. Professor King’s study is an urgent call to all of us to seek out and support quality journalism. “In this era of concern over disinformation and ‘fake news,’ Professor King’s team scientifically established that real journalism is influential, said Voqal president John Schwartz. “Grant-makers and others should take note that when we support the coverage of important issues, it produces real results.”

The study, “How the News Media Activate Public Expression and Influence National Agendas,” marked the first time academic researchers have partnered with journalists to conduct a randomized study.

For more information on the role independent news outlets played in this important work, read Independent Outlets Have Outsized Impact by Jo Ellen Kaiser of the Media Consortium.