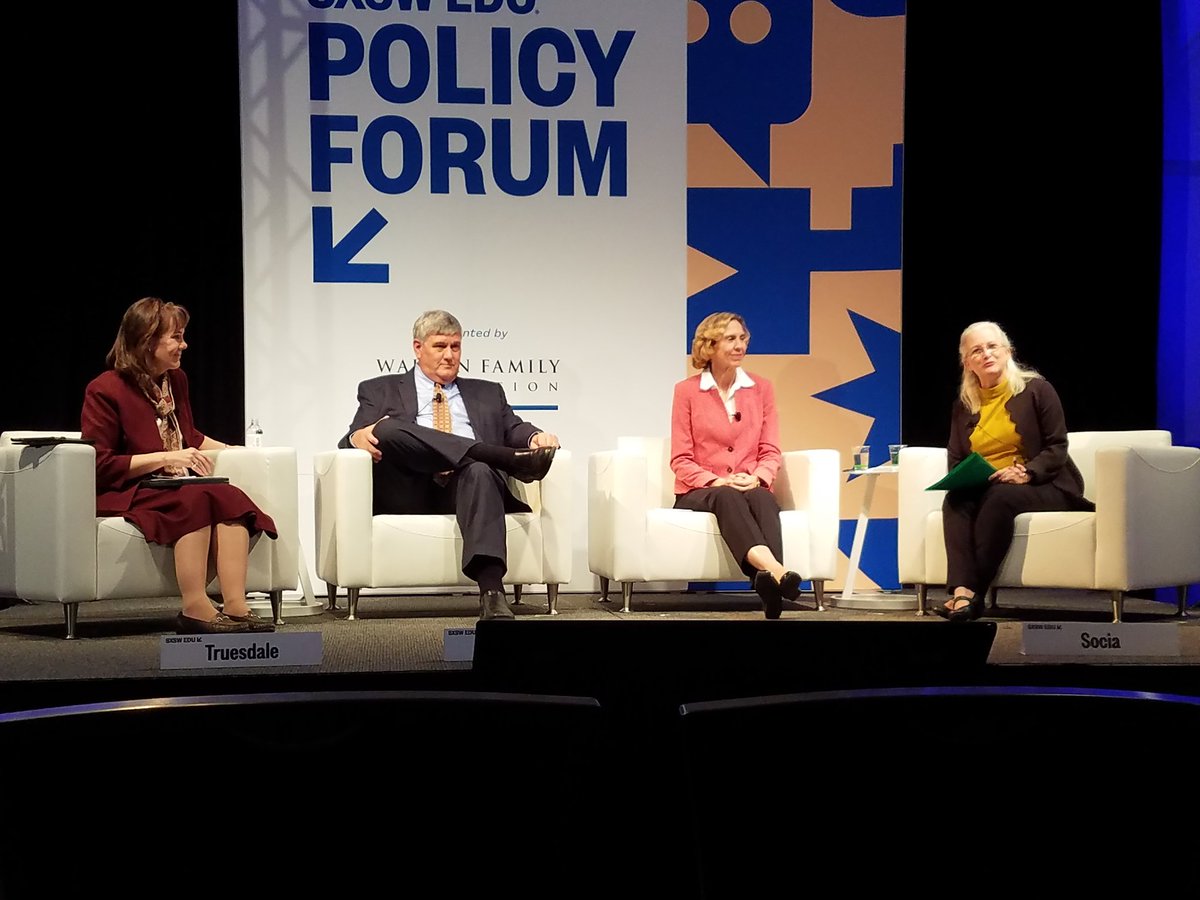 The conference offered diverse panels, Meetups and workshops all focused on the future of education. Attendees played with newly developed educational tools in the Playground, visited the exhibit hall where the latest products and school resources were showcased and viewed films tackling everything from poverty to education labs.

Even though SXSW EDU is a niche conference, there is a variety of great content. Molly was on the Equity track and attended panels and workshops dedicated to bridging the digital divide and narrowing the opportunity gap in education. She learned about community initiatives in Sacramento and Charlotte-Mecklenburg that are working toward providing computers and internet to every student in their K-12 systems while simultaneously measuring the outcomes of their efforts.

She also noticed a trend of schools generally being more willing to provide students with personal technology than in the past. With many K-12 schools leaning toward more personalized learning, the implementation of technology that supports that cause is on the rise. And with that technology comes the need for increased connectivity – something Mobile Citizen is actively working to address.

Though the sessions were enlightening, the greatest benefit of SXSW EDU comes from networking and meeting people working on projects in the same space. Molly especially enjoyed meeting with a panelist that conducted a research project similar to one that Mobile Citizen hopes to roll out in the near future.

Meanwhile, Vinny’s time in Austin was primarily spent learning about startup companies that are developing products aimed at closing the educational opportunity gap, especially those focused on early childhood development and social emotional learning (SEL). He met with several entrepreneurs and investors, including some Voqal is already working with or invested in.

All in all, it was another great year at SXSW EDU and Voqal looks forward to attending again next year.