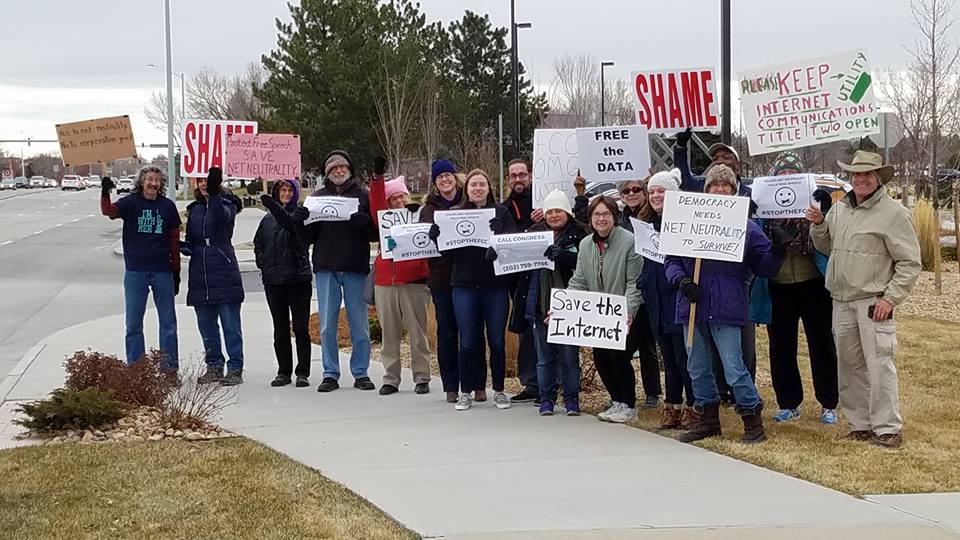 Yesterday afternoon, Voqal joined thousands of people all over the country to protest the FCC’s plan to eliminate net neutrality on December 14. The protests took place at Verizon Wireless retail stores and Congressional offices across the country to demand that lawmakers take action to stop the FCC from destroying the internet.

Voqal believes a free and open internet is vital to ensuring a socially equitable world for all. For this reason, we oppose the FCC’s plan to eliminate net neutrality. Net neutrality is the First Amendment of the internet. It protects free speech in the digital age.

Internet service providers are currently classified as common carriers under Title II of the Communications Act. This classification is the legal foundation for net neutrality protections. Without it, companies like Comcast, Verizon and AT&T would be free to charge citizens’ extra fees to access the websites, apps and online services they depend on, and manipulate what internet users see with throttling, blocking and censorship.

If the FCC’s plan to undermine Title II net neutrality goes through, it will lead to a corporate-managed internet where it’s harder for individuals to share and access the sort of content that makes the internet so powerful.

Members of Congress must call on Chairman Pai to abandon his current plan to kill net neutrality. Instead of allowing the public’s voice to be silenced, the FCC should focus on creating a more fair and accessible internet for all.