Voting in the 2021 Election: Contrasting Texas and Colorado 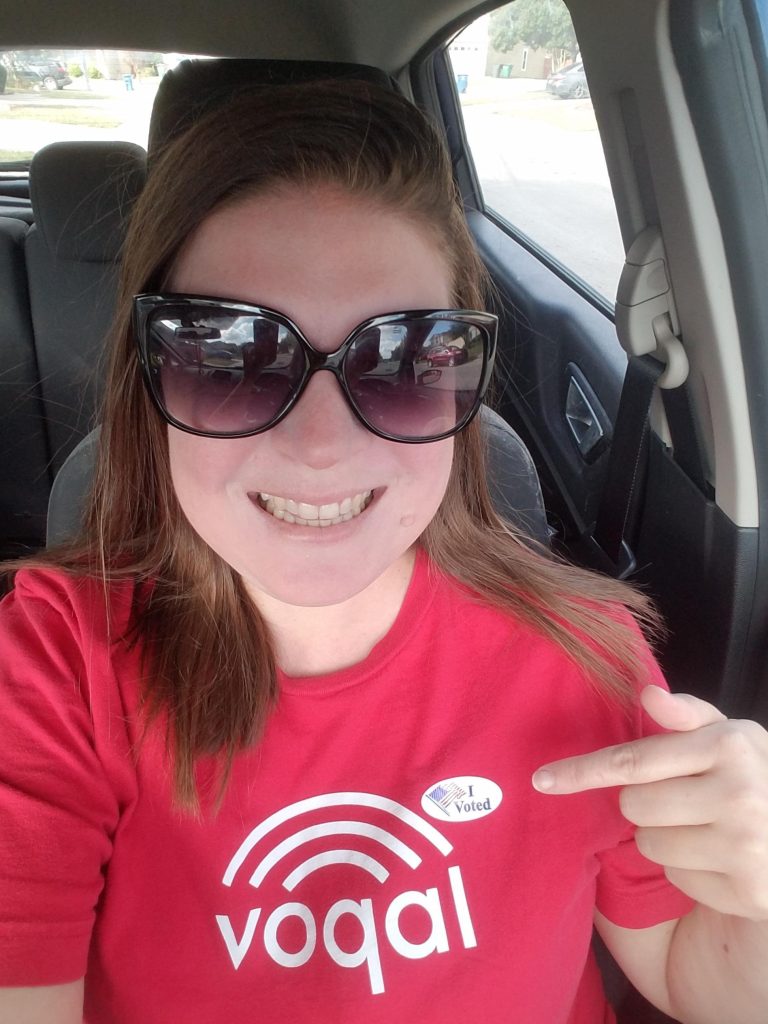 At Voqal, we believe the right to vote is a pillar of a strong democracy. It’s why we support making elections as accessible as possible. Unfortunately, ease of access to voting varies differently from state to state. To try and put a spotlight on this reality, and the issues it causes, we had Voqal employees from two different states, Texas and Colorado, share their experiences voting in the 2021 Election.

As the Center of Public Integrity pointed out in a 2020 article, many see Colorado’s voting laws as a “model for access.”  What we were hoping to find out by asking Voqal employees in Colorado about their voting experience in the 2021 recent election, was whether this was the case. Perhaps unsurprisingly, the two employees from Colorado who responded had similar experiences. According, to Voqal’s chief human resources officer, Julie Reinders,

“This year’s voting experience was once again very uneventful for me (a good thing!). I received my mail-in ballot on time in the mail and it was properly addressed to me. I also received a Boulder County voting guide in the mail and someone also placed a voting guide on my doorstep. I was also able to easily Google the ballot issues online and several sites provided neutral discussions (just provided the information) about the initiatives. I completed the ballot, sealed the envelope, and dropped it off at a ballot drop off spot about a half mile from my house. I didn’t run into any problems or have any concerns with how voting went in the 2021 election.”

Hazel Bolsover, the controller for the Voqal nonprofits, shared a broader story of her participation in the 2021 election but with a similar story about the ease of access to Colorado elections,

“I voted in the presidential election the first year I was eligible. I do not believe I have missed voting except once. I even served as an election judge several years. This process was educational and interesting. During off-year elections the turnout was minimal, and you spent from 6:30 in the morning until 7:30 in the evening just sitting, waiting for time to pass. Having served as an election judge in a district that sometimes only had an extremely low turnout, it was exciting to learn of Colorado’s mail ballot system. It was, and is, effective and less costly.

Then we come to this year’s election. Same dropbox, same time frame as last year’s election and both of our ballots (Hazel and her husband’s) were received the same day. There was an automatic phone call indicating that my ballot had been received. Then there was a second call advising that my ballot had been counted. Unfortunately, both calls were identified as “spam”  by caller ID as opposed to being identified as coming from the county clerk’s office.

While not a scientific survey by any means, the experience of Voqal employees in Colorado during this year’s election seems to be in line with the idea that access in the state ranks among the best in the nation.

On the other end of the spectrum of voting access, at least according to a study from students at Northern Illinois University, is Texas. In fact, the study found that the state is among the hardest states in the country to vote. But again, we wondered, was the experience of our employee who works in the state in line with this assertion? Fortunately, Molly Fohn, a program manager at Voqal, was willing to share her experience voting in this year’s election. According to Molly,

“I moved from Colorado to Texas right before the voter registration date, so I had to fill out the registration form online and then go to a library to print it out and mail it in, right in the middle of taking care of other things. I was too late to request a mail-in ballot. Texas requires state identification to vote, so once my registration was in the mail, I worked on getting my state identification. I had to get my car inspected and registered in Texas first, so I did that, but the waiting list to get a Texas drivers license or state identification extended into January. In the meantime, Colorado sent me a form to respond to take myself off the roll for Colorado, so I filled it out and sent it back.

In Texas, there is early voting at various locations for a week before the election, except for the two days right ahead of election day, so I went to vote early. I wasn’t sure if I’d be able to vote with my passport, so I took my passport, my Colorado drivers license, and my change of address mail from the post office just in case. There were only a few other people voting at the library near my new neighborhood, so I didn’t have to wait long. Also, they did end up accepting my passport as an acceptable identification. I had looked for a sample ballot online before I went in and researched the issues so the voting booth wouldn’t be the first time I’d see the ballot. I voted, turned in my ballot, and got my sticker.”

While Molly’s description of her voting experience in her new home state of Texas might not completely support the idea that the state is among the worst for voting access in the country, it did put a spotlight on some of the additional burdens Texas places on its voters, especially those new to the state and voting for the first time.

Obviously, the above stories are only a small look into the voting experiences of Texas and Colorado residents. However, the reality remains that for many individuals in this country the voting process can be overly burdensome and may discourage them entirely from engaging with the process. We remain dedicated to supporting organizations and individuals dedicated to making voting easier across the country, especially in communities where voting has traditionally been less accessible. We encourage you to educate yourselves on your state and local voting laws and to support efforts to make voting access more equitable for all.