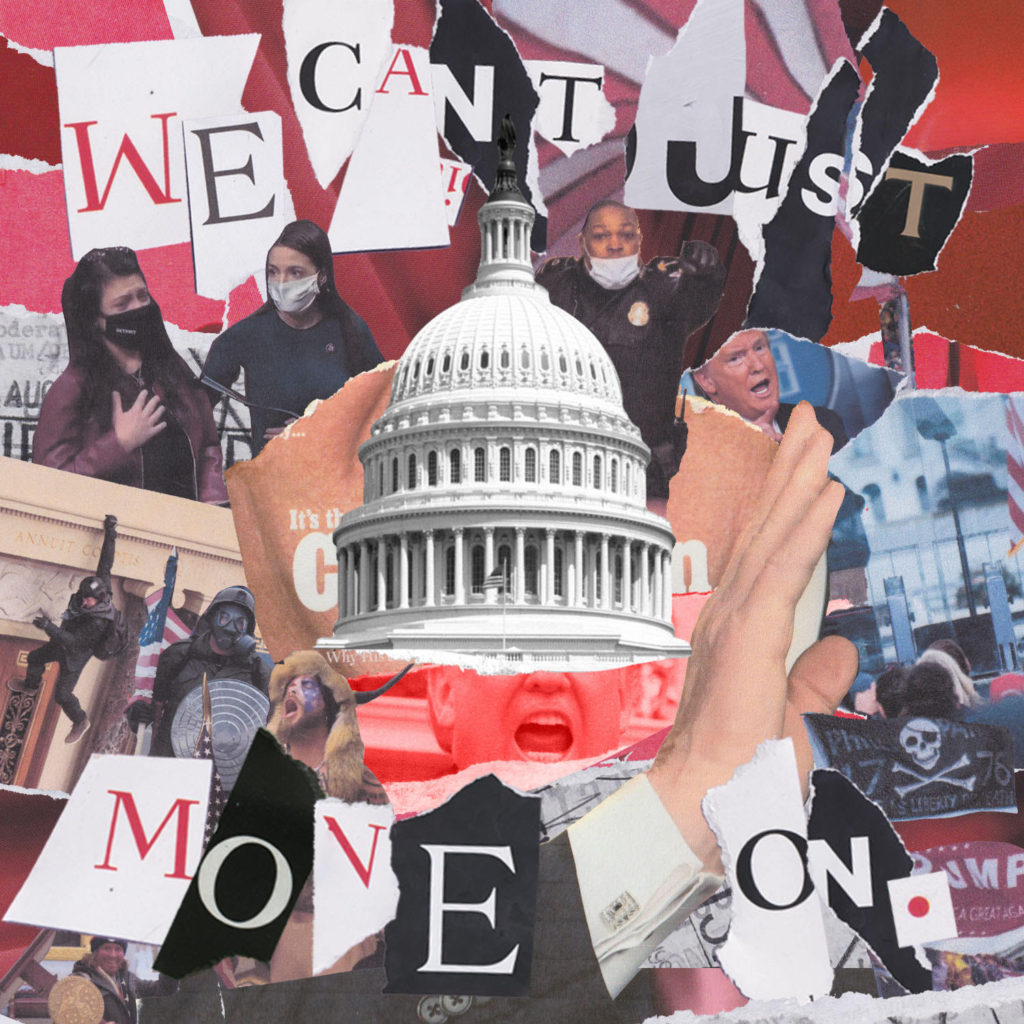 On January 6, 2021, the country watched in horror as a group of white supremacists descended on the United States Capitol and attempted to attack our democracy and the country’s right to a free and just election. Words can never be enough to fully communicate the complex feelings, thoughts, and emotions that have come up from viewing the disturbing and violent images of the Capitol attack. Art is powerful. Art is emotion come to life through images, words, and performance. It binds us together and connects us all.

Working with the Center for Cultural Power, Voqal commissioned a piece of artwork (seen above) to express those words that do not come easily, and to state our continued dedication to protecting a multiracial democracy.

The creator of the artwork, Kendrick Daye, is a multimedia artist and designer, living in the Harlem neighborhood of New York City. His diverse approaches to making art include art direction, bespoke design, music, and most notably collage – both digital and analog. Kendrick aims to create work that imagines a future where black queer life is prosperous and thriving.

When asked about the piece commissioned for Voqal, Kendrick said,

“I want to say I was in shock at the situation that happened at the Capitol but one thing I know about this country is it’s always going to do United States BS. I agree with the sentiment that ‘we can’t just move on’. If this country is to ever have any progressive ideals realized we have to seriously reckon with what happened, and it’s on democrats to step up lead this charge.”

You can learn more about Kendrick Day and his work on his website.

You can also read our official statement on the attack on the United States Capitol here.