After this week’s DEI Changemakers program, Mary Coleman grapples with the persistent patterns of structural racism in her latest post in this #makingairwaves blog series.

A few years ago, my mother-in-law gifted us with a homemade quilt for Christmas. I knew she was a quilter. I had seen her work around the house, but this was the first one made for us. We lived in a high-rise building near downtown Denver at the time, so the quilt had rows with fabric pieces to resemble a skyline. The simple rectangles in blue, yellow, and green patterns became a city to wrap oneself in.

I could feel the energy and vibrancy of city life when we opened the box and saw what laid inside. The designs of swirling circles, dancing dots, and bursting stars seemed to move, stirring the same emotions I usually get when walking in my neighborhood. I felt absorbed, delighted, and renewed just as I would taking in the sights and sounds of the community.

That is what makes her so talented. How she can choose patterns and styles to manifest an intended outcome. Painstakingly picking each piece to fit into her vision, even if that is not apparent when looking at any one section individually. She makes more than quilts. More than art even. She makes illusions.

This week in the program, we explored the roots and ongoing effects of systemic discrimination, specifically around race and caste identities. I will focus on race and racism in the United States, although I also heard many parallels with my own experience from those in the program who shared what it means to live in a casteist society.

I am in deep agreement with those who understand race as a social construct, largely being defined and formulated in its modern acceptance to justify slavery after colonizers made their way to the Americas. There are texts, documentaries, and article upon article to give you anything from a grand overview to a specific segment of how racism originated and took hold.

Yes, people have been creating social, political, and economic hierarchies for centuries based on the color of skin. The caste system in India is thought to have deep roots in colorism still seen today. Ancient Greece had tribal positioning reflected in modern racism.

But when European colonizers descended upon the Americas and introduced slavery, starting as early as 1525 per the Smithsonian Magazine, we saw a very sinister form of this ranking materialize, the foundation of institutionalized racism. The New York Times Magazine’s The 1619 Project traces how this devaluing of human life integrated into our systems and still has detrimental consequences on the African American community today.

There is a PBS and California Newsreel project called “RACE- The Power of an Illusion.” I remember examining this platform and appreciating how the content walked through each point with thoroughness and compassion. Yet, I did not completely connect to the title. Yes, race is a social construct, but it still felt too real to deem as nothing more than a farce. 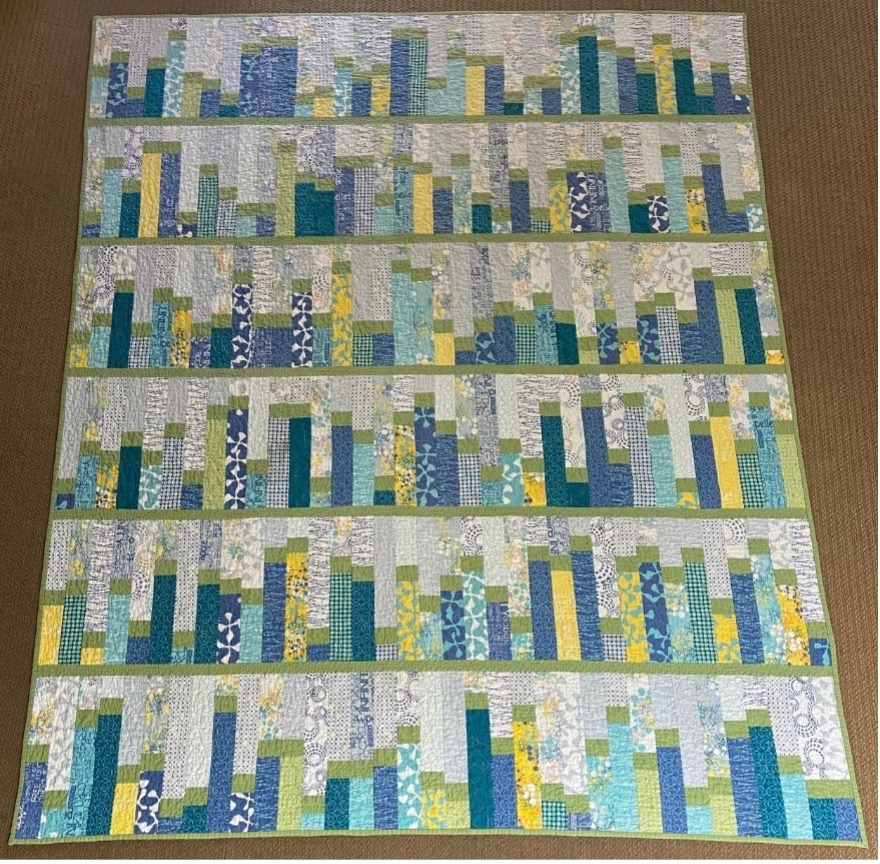 It was not until this week while listening to a field expert, Vijeta Kumar, describe caste-based discrimination as continuously updating to remain invisible that something clicked for me. I was reminded of that illusive quilt and how its patchwork pieces came together much like racist policies, practices, and ideologies compound over the years.

Rather than start a new quilt after the abolishment of slavery without underlying threads in ignorant and hateful notions, we just added new patches to keep African Americans down – and justify that prejudice – to be more implicit and remain relevant with the times. The white, wealthy landowners wanted to keep the status quo and with their positional power enacted laws and regulations and encouraged norms and attitudes to continue to do just that.

We went from slavery and Jim Crow and Tulsa to the War on Drugs and voting restrictions and biased hiring practices, not to mention the misappropriation of resources in everything from education to health care, all making it more than a challenge for African Americans and other non-white families to achieve the so-called American dream at any point in our history.

All of this is in service to keep a racial hierarchy that determines worth based on nothing more than an illusion. My mother-in-law and other artists use their gift for grandeur to generate emotions and memories that help process and analyze the world around us. The illusive breadth of race, on the other hand, is rooted in attempts to deflect and delude the outside world, a way to preserve the past rather than embrace the future.

Whether we realize it or not, much like the analogy of being on a moving walkway, white people add to the quilt. We took the lead of our ancestors and kept spreading their ideas without asking if this hierarchy and its outcomes serve us in the 21st century. Until we actively unravel the threads of racism, the quilt will continue to grow, maybe slowly with extreme passivity on the part of white people, but it will continue, nonetheless.

But we can replace it with a new quilt that instills inclusiveness and love in every stitch and fiber. I do not know what this new quilt should look like, what the ultimate vision is, but there are those who have an idea of where to start the design process.

There are opportunities to advocate for reparations, literally and a little more figuratively, at the local and federal levels to start reversing and atoning for slavery and its fallout. There are ways to get involved in local solutions for racial equity. There are ways to spend your own time and resources advancing racial justice, especially if you are a white person.

Whatever the solutions to eliminate this enduring illusion, I feel we have little room for error. I read about climate change and its anticipated effects, and uplifting gems like this recent report on the all-too-soon potential for humans to be unable to procreate, and cannot help but wonder if we will overcome in time to spur the type of action needed to combat the worse possible outcomes and any unforeseen crisis (hello, Covid-19) we may face.

I know we must try though. If we have been savvy enough to patchwork the quilt of racism together, we can certainly find its undoing and sew a new one. There is nothing that says we cannot deconstruct what we assembled. This new quilt can be big enough to wrap the world in comfort, adoration, and peace.

Interested in reading more reflections inspired by Mary’s participation in the DEI Changemakers program? Check out part one, part two, part three, and part four of the series.