Voqal Fellows and Grantees Contribute to a Great Netroots Nation 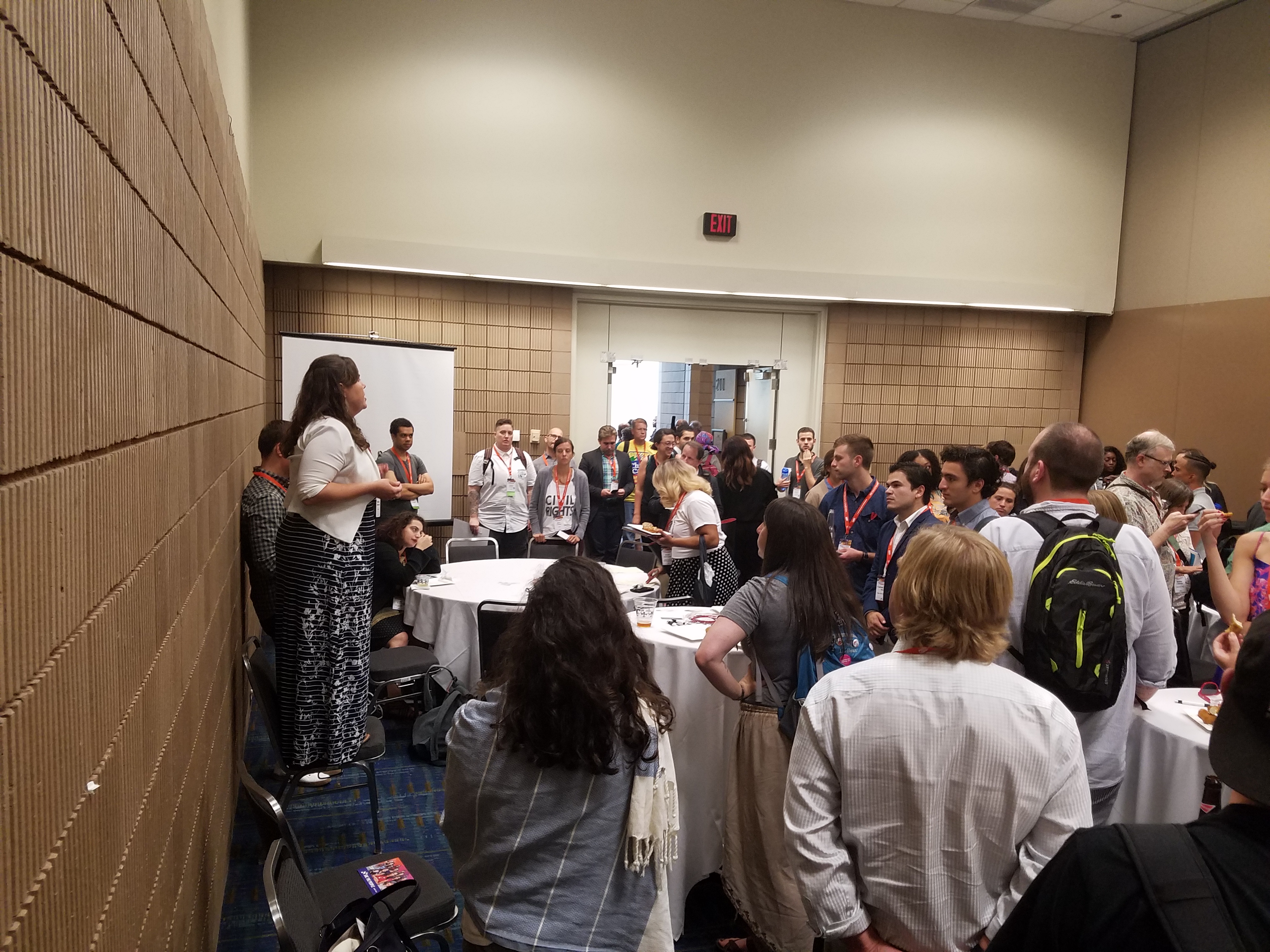 Voqal is excited to have had the privilege to attend Netroots Nation 2018 in New Orleans this past weekend alongside several Voqal Fellows and grantees.

Voqal started the conference with a dinner featuring the 2018 Voqal Fellows. Fellows had the opportunity to share updates about their projects. In addition, Voqal staff gathered valuable feedback on how to improve the program for future cohorts.

The next day was the official beginning of Netroots Nation. The first day included many panels featuring Voqal grantees. Presente.org held a panel on its successful sanctuary restaurants program that has empowered employees in the restaurant industry by providing workplaces free of discrimination and anti-immigrant policies. In addition, Voqal grantees Color of Change, Free Press and Center for Media Justice were featured on a panel about their work to combat efforts by the FCC to disenfranchise the poor through short-sighted attacks on programs and policies like Lifeline and Net Neutrality

Day two of the conference started with a session featuring Voqal grantee, Our Walmart. It was great to learn more about its efforts to mobilize retail workers to advocate for better work conditions. It was especially exciting to hear about the successful use of WorkIt, an application developed through a partnership including 2017 Voqal Fellow Catherine Huang and NYC-based mobile app development firm Quadrant 2. Meanwhile, another grantee, Mpower Change was featured on a panel focused on the work to combat the Muslim Ban.

The second day ended with Voqal’s Innovate and Imbibe Happy Hour. At this event, Voqal Fellows, staff and board members shared information about the Voqal Fellowship with attendees. Special thanks to Camelback Ventures and New Media Ventures for joining Voqal this year to share information about their unique and important progressive programs. The happy hour was a great way to celebrate this year’s Fellowship cohort and begin recruiting for next year’s class.

While it was sad to come to the final day of the conference, the programming did not disappoint. The fight for Net Neutrality continued to be front and center with a panel featuring FCC Commissioner Jessica Rosenworcel, Montana Governor Steve Bullock and other key players in the fight to preserve a free and open internet at the state level. Commissioner Rosenworcel perhaps emphasized the importance of this session best, “The future of the internet is the future of everything.”

Another highlight from the day was the annual New Media Ventures New Tools Showcase. This is one of our favorite events at Netroots Nation and this year’s showcase did not disappoint. It was energizing to see all the new and emerging tools created to advance progressive change. Congratulations to overall winner of the showcase, Ballot Ready.

We were also happy to see one of the Voqal Fellows, Imara Jones, take such an active role at Netroots Nation this year. Whether it was the interviews she conducted for Voqal grantee, Free Speech TV or the special screening of her new docuseries, TransLash, she was a great example of how Voqal Fellows can really engage with the conference.

While there were plenty of A-list progressive candidates and elected officials on display during the weekend’s keynotes, the true power of Netroots Nation comes from the work of those individuals and organizations working every day to advance the policies needed to create a more socially equitable world for all. We are proud of the strong presence our grantees and Fellows had at this year’s conference and look forward to their continued work to create a more engaged and empowered citizenry.