Ready to Advance Social Change in 2018 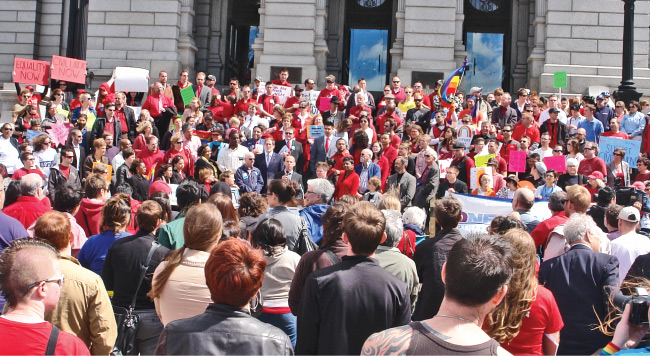 2017 had its share of ups and downs. The country saw a new political ideology rise to power that threatens many underrepresented and underserved populations. Attempts at imposing discriminatory immigration policy and stripping valuable protections for immigrants already residing in the United States have dominated the public discourse over the last year. In addition, the outsized role of money in politics continued to disenfranchise voters. Finally, 2017 saw the media’s credibility under constant attack, threatening to undermine one of democracy’s most important institutions.

However, 2017 also saw a revitalization of the progressive movement. Thousands of individuals and organizations responded to these attacks on freedom and fairness by letting those holding the levers of power know that they would be held accountable. Voqal is proud to have supported many of these efforts.

2017 was a busy year for Voqal. From an internal standpoint, Voqal added several new board members to increase the diversity and effectiveness of its governing bodies. The valuable expertise that new board members Maria Hadden, Ron Harris and Cecilia Ortiz bring to the table will help Voqal make positive strides towards addressing the increasing social inequities that have arisen in the past year. In addition, throughout the year, Voqal hired new staff members to give it the expertise and flexibility needed to respond to the challenges of a constantly changing social and political landscape.

With these internal improvements, Voqal is well-positioned to make great progressive change happen in 2018. Voqal will continue its work to get money out of politics by providing financial support to the organizations leading the fight. In addition, the Voqal Fellowship is supporting a new class of Voqal Fellows whose innovative media and technology projects aimed at advancing progressive social change will push back against efforts to silence and oppress immigrants and other underrepresented groups being disenfranchised in the current political climate. Finally, Voqal will continue its tireless efforts at reducing educational opportunity gaps by continuing to invest in start-ups looking to provide innovative solutions to this increasingly prevalent problem.

Additionally, the Voqal nonprofits will continue to leverage their EBS licenses to protect the right of every day Americans to access a free and open internet. Mobile Citizen is well-positioned to provide a greater number of nonprofits, educational institutions and social welfare agencies access to the internet they need. It also hopes to partner with organizations focused on addressing the digital divide to see how it can best assist in those efforts. In addition, while the FCC dealt a crushing blow to net neutrality in 2017, Voqal will continue to work with its partners to respond to this attack on the free and open internet in whatever ways it can.

There are many obstacles on the path towards creating a more socially equitable world in 2018. Fortunately, Voqal is not deterred by these challenges and will continue to support the individuals and organizations working to advance the progressive changes needed to realize its vision of a fair and just world for all.