How C-Band Auction Revenues can Address the Digital Divide 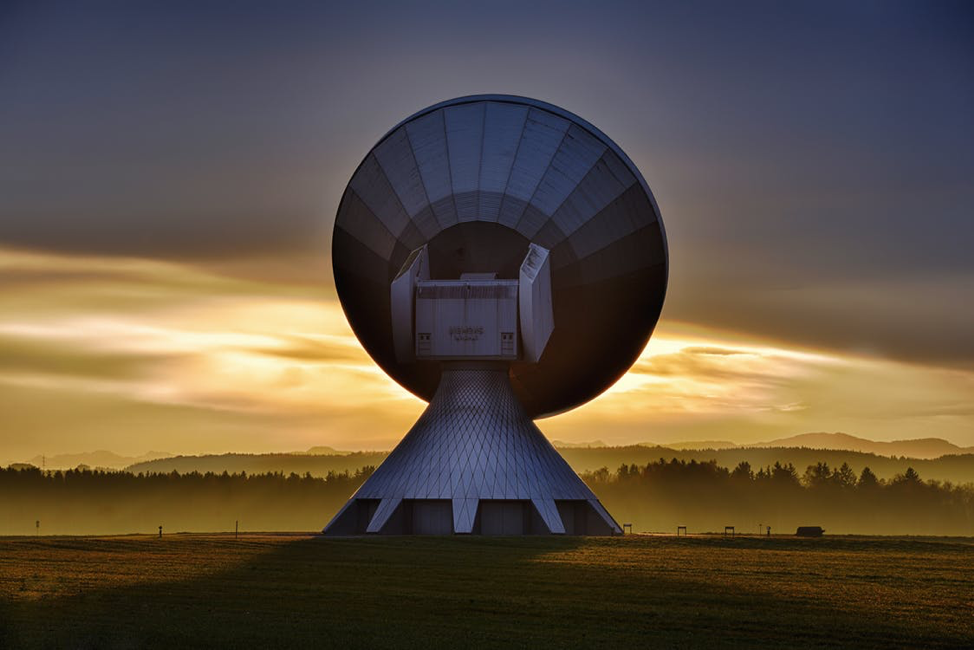 Last week, we covered the state of play regarding a valuable piece of spectrum called the C-Band. This 500 MHz chunk of spectrum, which sits between 3.7 GHz and 4.2 GHz, is primarily used by satellites and earth stations for video programming. But the FCC and wireless companies want to repurpose a portion of this spectrum for 5G. The FCC is expected to release a draft order in early 2020 that would move incumbent users to the top half of the C-Band and free up 280 MHz in the bottom part of the band for wireless broadband.

There is extremely high demand for large, contiguous blocks of mid-band spectrum because it is essential for 5G. Mid-band spectrum can carry much more data than low-band spectrum, and provides much wider coverage than high-band, making it a cost-effective option for deploying 5G.

As we covered before in “Who is Really Winning the Race to 5G?” only one major wireless carrier in the U.S. – Sprint – has adequate mid-band spectrum. In fact, Sprint controls more than 160 MHz of a possible 194 MHz of 2.5 GHz spectrum in the top 100 U.S. markets. Of even greater significance, Sprint controls all 194 MHz of 2.5 GHz spectrum in such major Cellular Market Areas as Chicago, Washington D.C., Pittsburgh, Miami, Baltimore, Minneapolis-St. Paul, Denver, and Phoenix. (Full disclosure: Voqal nonprofits lease 2.5 GHz spectrum to a subsidiary of Sprint.)

Sprint’s spectrum advantage is the primary reason why T-Mobile is so interested in merging with Sprint. T-Mobile realizes that other mid-band options (like the C-Band) will not be available for years. The nation’s two largest carriers – Verizon and AT&T – are desperate for mid-band spectrum for 5G. And they want it as soon as possible. Given this high demand, it is likely then the FCC would fetch tremendously high bids. Estimates show it could be as high as $30 to $60 billion. (In part one of this series, we calculated that a price of $0.50 per MHz-POP would generate $45.8 billion in revenue.)

So, what happens to all that money? Current law requires that spectrum auction proceeds are automatically deposited in the U.S. Treasury, barring a few exceptions. Legislation would be required to direct C-Band auction proceeds to other causes, such as a transition fund or incentive payments to satellite operators. Last week, the Senate Commerce Committee approved a bill called the 5G Spectrum Act, which would direct at least 50% of C-Band auction proceeds to the Treasury and 10% to rural broadband. Many observers speculate that the remaining 40% could be used to incent satellite operators to move and to help fund the transition. It was reported last week that the 5G Spectrum Act may be included in a bill to fund the government through September 2020; however, the compromise spending bill approved this week does not contain language addressing the C-Band.

What’s next for C-Band? There are really two possible scenarios. The FCC could act first. The FCC has the authority to auction spectrum under current law, and it may draw up its own Report and Order that would outline this process. In part one of this series, we predicted a January 9 draft, which is three weeks before the FCC’s January 30 meeting. But it’s possible the FCC could pursue this issue at the February 14 meeting. That means a C-Band draft order would be released by Friday, January 31.

Congress could also legislate before or in tandem with any FCC draft order. One potential issue with an FCC Order is that one party or another may not be satisfied and may sue the agency. That would risk significantly slowing down the C-Band process and delay major wireless carriers from accessing cleared C-Band spectrum. Legislation might help clear up that potential litigation risk. After all, there is a laundry list of telecommunications and digital divide legislation that has been introduced. Even the top-ranking House Energy and Commerce Republican Greg Walden (R-OR) is signaling support for dedicating a portion of C-Band auction proceeds to closing the digital divide.

How might Congress invest C-Band proceeds? Here are a few examples of legislation that could be considered in a compromise bill:

Digital Equity Act ($1.25 billion) – In November, we wrote about a provocative piece by Blair Levin and Larry Downes titled “Cities, not rural areas, are the real Internet deserts.” One of the most important observations the authors make is that of the 20 million total non-broadband subscribers, 15 million of them live in urban areas where broadband is likely already deployed. The other 5 million are in rural areas where no service is available. Data from the FCC’s 2019 Broadband Deployment Report backs up this claim. In urban areas, 98.3% of residents have access to broadband, yet the national average for adoption in “urban core areas” is just 74.7%. S. 1167, the Digital Equity Act, would:

S. 1167 currently has 18 supporters in the U.S. Senate. Ultimately, the Digital Equity Act helps address both the affordability/adoption challenges as well as the availability of broadband. Voqal is a strong supporter of this legislation.

Homework Gap Hotspot Program ($500 million) – Some of the most successful stop gaps in addressing the digital divide have been mobile hotspot checkout programs through schools and libraries. According to the FCC, seven out of 10 teachers assign homework that requires an internet connection, but nearly four out of 10 American households do not subscribe to broadband. As a result, as many as five to 12 million schoolchildren are without internet access to do homework. A new bill by Rep. Grace Meng (D-NY) would establish a pilot program to enable schools and libraries to initiate hotspot check out programs run by the NTIA (National Telecommunications and Information Administration). H.R. 5243, the Closing the Homework Gap Through Mobile Hotspots Act, currently has 30 House co-sponsors.

Replace Chinese Network Equipment ($1 billion) – Congress and the FCC have been concerned about network equipment from Chinese telecom companies Huawei and ZTE infiltrating American networks. But there are currently a number of providers, mostly in rural areas, using Huawei or ZTE today. The FCC could use Universal Service Fund subsidy money to “rip and replace” the equipment. Alternatively, Congress could allocate a portion of C-Band proceeds to cover the estimated $700 million to $1 billion cost of replacing this equipment. There are bipartisan bills in both chambers to help cover the cost of replacing Chinese equipment. The Senate Commerce Committee already approved the United States 5G Leadership Act of 2019 (S. 1625), which would provide up to $700 million to providers. A similar House bill, the Secure and Trusted Communications Networks Act of 2019 (H.R. 4459) would provide $1 billion.

Increasing Rural Broadband Access – Both parties are interested in investing C-Band proceeds into rural broadband infrastructure. In the aforementioned Senate 5G Spectrum Act, 10% of proceeds would be reserved for rural broadband. On the House side, Democrats unveiled a significant infrastructure bill in May called the Leading Infrastructure For Tomorrow’s America Act, or LIFT America Act (H.R. 2741). This legislation contains $57 billion to expand broadband access. There are three big goals, as outlined in the House Energy and Commerce press release:

While 43 Democrats support this bill, there may not be enough support to fund this entire program. But there does appear to be bipartisan support for using C-Band proceeds to invest in rural broadband in some way.

Digital Divide Trust Fund – Senate Democrats on the Commerce Committee have introduced legislation called the America’s Digital Infrastructure Act (S. 2956), that would require a larger portion of C-Band auction proceeds be used to transition incumbent C-Band users, and the remaining revenue be deposited into a Digital Divide Trust Fund within the U.S. Treasury. The bill has no Republican co-sponsors, and it is unclear it would garner bipartisan support.

Broadband Mapping – The House approved two broadband mapping bills this week. But this issue of inaccurate broadband maps has been an area of bipartisan concern for years. (We have written about this topic not once, but twice.) C-Band funds could be allocated either to set up a long-term mapping strategy or to reimburse those who challenged the Mobility Fund II maps. The FCC issued a report last week showing that “Only 62.3% of staff drive tests achieved at least the minimum download speed predicted by the coverage maps — with U.S. Cellular achieving that speed in only 45.0% of such tests, T-Mobile in 63.2% of tests and Verizon in 64.3% of tests.” The FCC has declined to fine the companies for exaggerating data, but now states and others who challenged the maps have no mechanism for reimbursement. This could be an area that lawmakers tackle in the New Year.

The C-Band auction creates a once-in-a-decade opportunity to close the digital divide. We hope Congress will not waste this opportunity, but rather, will use auction proceeds to initiate new programs that will get more Americans connected. Stay tuned for more when the FCC releases its draft order, early next year.