Lessons from DEI Changemakers: The System is the Story

Who do you center in your story? After this week’s DEI Changemakers program, Mary Coleman reflects on how an active voice matters so much more than crafting a good sentence in her latest post in the Lessons from DEI Changemakers blog series.

I studied journalism during undergrad. In the end, it was a mismatch for many reasons. One of the first signs, though, came early on when a professor returned our first writing assignment. I was so proud of that piece. I wrote about growing up in a town with nuclear power plants, comparing Perry, Ohio, to Springfield, Illinois, from “The Simpsons.”

Instead of a glowing review, I received a paper filled with red marks. It looked like a massacre against the written word. My usage of passive voice was the main assassin. It cut through sentences and paragraphs with such ease that it made my writing, in my professor’s words, “unreadable.”

I had to take about three steps back and rethink everything. In high school, a teacher once told another class that if they wrote like me, “they would be god.” I went from that to unreadable in a matter of months and could not fathom why. I did not think my writing had changed. Was my college professor just strongly opinionated or was my high school teacher too generous in his praise?

I continued to write even as my career took me away from communications and into programming, but I wrote for more internal and informal audiences. I could pay less attention to the formality of every sentence and more to the message.

This is not to say that any writing is not better with the active voice, regardless of its intended purpose and audience. I used the active voice sporadically and intertwined enough that my communications functioned, even at its least influential moments. However, I could have been on target every time if I had opened myself up more in my youth to the professor’s critique. I instead buried that red-lined catastrophe deep down, refusing to acknowledge another way.

Aside from ego, I realized I also pushed this aside as it seemed trivial. Why did it matter if I saw the nuclear plants or that they were seen? The point remains. This week, our presenters and facilitators for DEI Changemakers showed me just how wrong I was. It is funny how lessons come full circle, ready to jump and out say, “See! I knew you would be back.”

The American Journal Experts defines the active voice as emphasizing “the person or agent who performs the action” and the passive voice as emphasizing “the recipient of the action.” In a time of relearning history and reckoning with concealed truths, I realize how important it is to notice who and what we emphasize not just because it makes a stronger sentence, but because it centers on the person or entity in control.

This week, we heard from Minal Bopiah, founder of Brevity & Wit, a strategic design consultancy firm that supports organizations in developing inclusive brands and cultures. In their work, Brevity & Wit concentrates on the leadership of an organization and gets them to redefine their success stories to credit the system and not the individual. They reverse the active voice to illustrate how much the system plays an integral – and active – role in our lives.

A CEO might originally write something like, “I was accepted into an Ivy League university because I got good grades and excelled at athletics.” The CEO is fully in control in this sentence. It is active, emphasizing the individual performing on the path to higher education.

When the system is in command, though, the story reads a little differently. That same CEO could write, “An Ivy League university accepted me because my high school had adequate funding to fully support my academic achievement and my parents had professions to afford us sporting equipment and practice time.” Here, the education and social systems are emphasized as the main drivers, leading the CEO to the Ivy League.

I love this because it demonstrates the context and complexity of living autonomous, personal existences in deep relationship and community. “No man is an island” as John Donne said. No award winner gets up and says “I’m good. I did this alone.” in lieu of an acceptance speech. Unless jokingly, like Allison Janney at the 2019 Oscars. 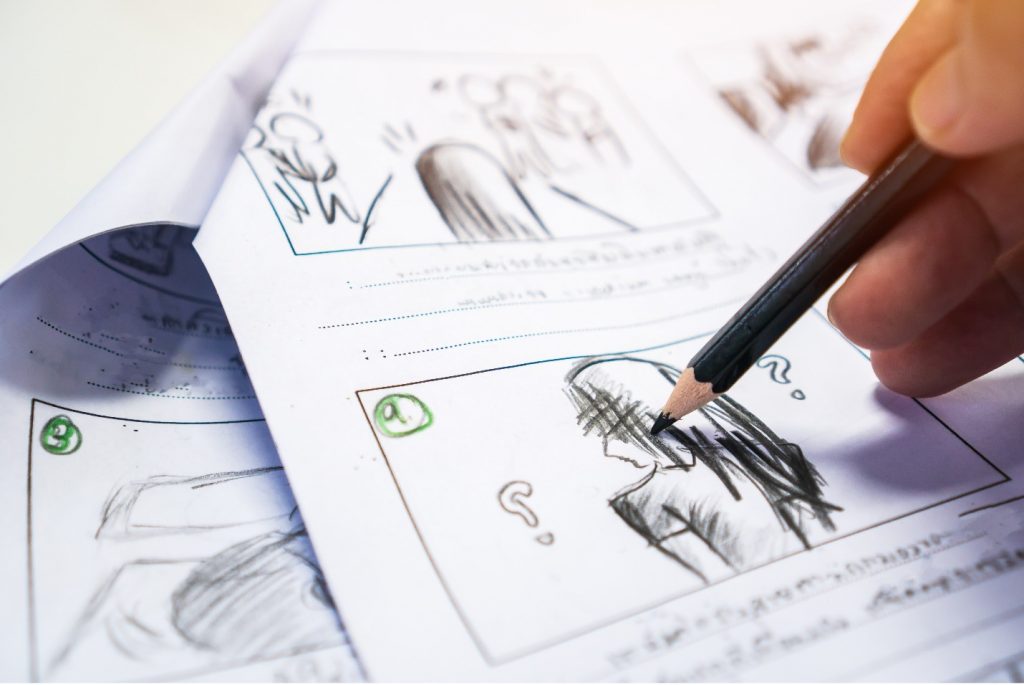 I, of course, now see this everywhere. On June 1, nonprofit renegade Vu Le from Nonprofit AF posted his weekly blog. He wrote about white supremacy at the workplace, not about this specific topic, but in his introduction, he referenced the 100th anniversary of the Tulsa race massacre that ended up being an example of the passive voice as white supremacy subtly in action.

Originally, Vu framed the massacre as an event where Black people were killed and Black Wall Street burned, much like every other report including “The New York Times” coverage that leads with the same, passive sentiment. One reader of Vu’s post happened to be K. Kennedy Whiters, architect and founder of unRedact the Facts. They pointed out how this composition puts the onus on the victims to save themselves and not the perpetrators causing the harm. Black people had no choice but to be killed at the hands of apparently unknown assailants.

Vu took the feedback to heart and edited the introduction using an active voice that emphasizes those committing the action. It now reads, “white people murdered hundreds of Black people, left thousands homeless, and burned Black Wall Street to the ground.” Now, white people made the choice to kill innocent Black people. This allows us to truly understand what happened and is no longer just a reflexive, muddled account. The assailants no longer remain unknown.

A post last year by Adrienne Gibbs expands on how the passive voice can be more than misleading. It can be dangerous. Baratunde Thurston gave a TED Talk in April 2019 that breaks down active headlines about white people calling the police on Black people for everyday activities as an interactive “game” to explain systemic patterns and hypocritical standards.

There are tools to help individuals and organizations understand the power of who is centered as the actor. Frameworks Institute offers resources, toolkits, and online classes to help organizations “investigate patterns in public thinking about social issues and how frames can be used to shift them.” Pluto developed a Mad Libs-style, workforce analysis tool centered on immersive and inclusive storytelling.

In noticing the passive and active tenses more frequently, I commit to do more than intertwining the active voice. I commit to integrating it into everything I do. I have found it very hard to break old habits, having to rewrite multiple sentences while drafting this post as my first instinct relied on a passive interpretation of what I meant to say. But it is worth the effort. I find it lethargic and contemplative, making me slow down and ensure everything I communicate is deliberate and considerate.

This also reminds me of the Aesop fable we discussed earlier in the program, “The Lion and the Statue.” As a man and lion walk together, they come across a statue of a man defeating a lion. The man proclaims this is evidence of who is the stronger species. The lion reminds the man that the creator matters. If lions could carve statues, the statue would look different.

I choose to live actively in all its definitions’ manifestations. I choose to notice who I center in my own story and who society centers in the collective narratives we weave. I choose to push myself and others to call out the fundamental forces that shape us all, whether in a sentence in a blog with a limited audience or a headline in a newspaper with a global one.

Interested in reading more reflections inspired by Mary’s participation in the DEI Changemakers program? Check out parts one, two, three, four, five, and six of the series.