Lessons from DEI Changemakers: Do What is Right 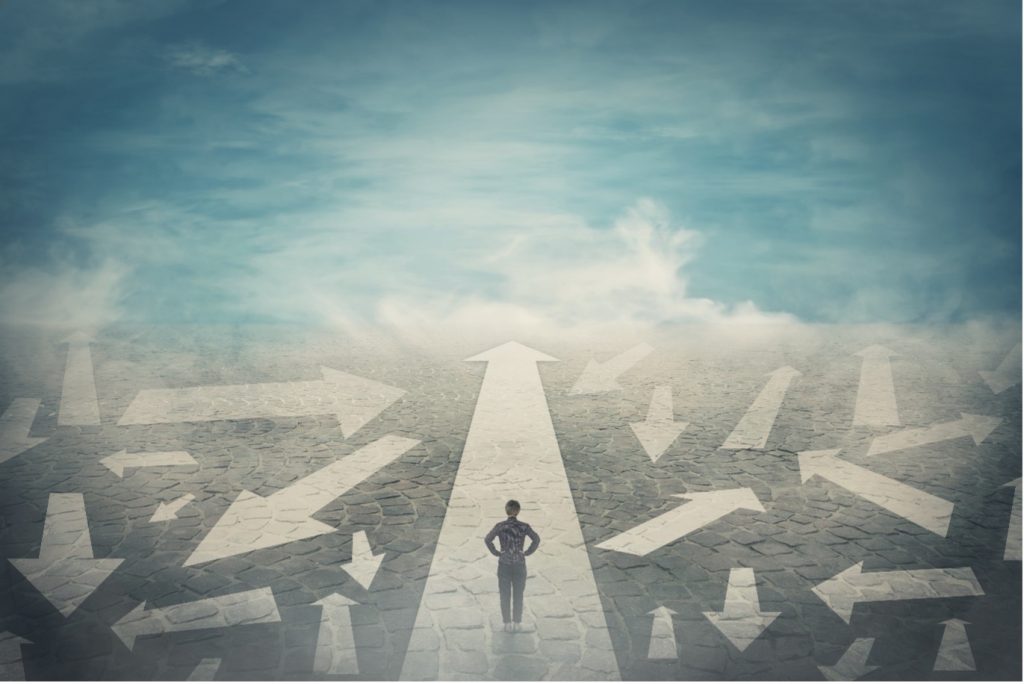 After taking a summer break and reflecting on the final days of the DEI Changemakers program, Mary Coleman reframes the debate over being right versus being effective in the first of her final three posts to wrap up the Lessons from DEI Changemakers blog series.

“I think Lincoln did what he thought was right, even though it meant losing half the country. I think you don’t do what you think is right if it means losing Michigan’s electoral votes.”

This quote is from Season 3, Episode 14 of “The West Wing,” written by Aaron Sorkin. In this episode, the president of the United States is struggling to sleep after a series of challenging national security and domestic policy decisions. He is the most powerful man in the world and difficult decisions are nothing new and never perturbed him before. So his staff brings in a trauma psychologist to determine the cause of this sudden insomnia.

They run through and rule out the obvious, physical factors affecting sleep – temperature, ambient noise, etc. Then they get to the mental factors. The factors that go beyond day-to-day stress and get at our core. In this exploration, the psychologist recognizes the internal struggle the president faces: be right or be effective.

While tensions between the northern and southern United States had been simmering for some time, Lincoln’s election was the catalyst to all-out civil war. His decision to sign the Emancipation Proclamation in 1863, though, “transformed the character of the war” to one “for freedom,” according to the National Archives.

In looking at the portrait of Lincoln in sharing this reflection, “The West Wing” psychologist evoked sentiments of knowing what steps to take while pushing or trying to push, against detractors and deniers.

This is a debate I have had with myself many times. I found that line from “The West Wing” intriguing when I first heard it, but it was not until I looked at building equitable, inclusive workplaces that I really ruminated on it. It came up time and again in DEI trainings, conference keynotes, and coaching sessions. Yes, we can be “right” in our work, but what you really want is to be “effective.”

At first, I bought into this line of thinking. It made perfect sense. A lot of people agree. There is article upon article and blog upon blog all dedicated to being effective over being right. One writer even likened doing what is effective with being wise, something you come to accept with age after trying to be “right” so often in your wayward youth.

I am now forming another conclusion as I reflect more on this debate. Of course, I want to be effective in my work, but not at the expense of no longer being right. In fact, I do not even think that it should be a question of being right versus being effective. I think it is too narrow of a view on the definition of right and ignores the context in which most of this work is done.

In the DEI Changemakers program, we heard from DEI practitioners about their experiences and advice for working with challenging audiences or peers when it comes to transforming workplaces. I wrote the other week about a theme in these presentations of needing to find a common connection to the detractors to have the desired influence.

Alongside this, I also heard the theme of being effective over being right. If one looks at the word “right” in the Merriam-Webster dictionary, there are 22 definitions when it is used as a noun. In the traditional version of the “right versus effective” debate, I generally see “right” as its meaning related to being proper and factually correct. In this debate, though, I think it should be about the cause of truth and justice.

In my view, this changes the debate from being right versus being effective to one of being right versus being compliant or complacent. In trying to be “effective,” I have heard and read from DEI practitioners about how they might have to pivot a focus or redefine terms. One relayed a time when the client wanted to ignore the hard truths the data showed about belonging in the workplace and instead focus on the good aspects of the company the data showed. The DEI practitioner said they could “respect” this and did not push further so as not to alienate anyone from at least having the conversation.

I know there are many paths someone can choose to work, and I am not saying this practitioner did not produce quality, impactful deliverables. I do hope this was just the first step for this client, and their willingness to continue to have the conversation led to the challenging, necessary places.

In the meantime, though, what are we losing? Lincoln lost half the country, but he also started a bloody, civil war with lasting repercussions. Some may say this alone is a reason he should have tried to be “effective” and bring Southerners along. That may have cost more lives, though, as slaves would have continued to perish on the seas and on the plantations while politicians debated.

It may seem a giant leap to compare the consequences of the Emancipation Proclamation with office policy changes, but people’s lives are on the line. As we bend to appease those unwilling to come along in the hopes they do come along, what pain continues to pile up? We need to ask ourselves as DEI practitioners and social justice champions what we are willing to lose to do the right thing at the right time. Staff? Clients? Sponsors?

Martin Luther King Jr. said, “The old law about ‘an eye for an eye’ leaves everybody blind. The time is always right to do the right thing.” In listening to Lincoln, MLK, and others, I do not hear an appeal to be effective, but to act before everyone is in pain.

In infusing DEI in workplace cultures and practices, I do not see being right as being closed off to new ideas or too stubborn to listen to others. It is not about being honorable or pure. It is about integrity and ethics. It requires deep listening to understand how someone may have arrived at a contrary or harmful viewpoint, especially if you are trying to influence them to think differently, but this does not require switching tactics to be “effective.” It should mean doubling down on what is right.

I was reading the new book “The Final Revival of Opal & Nev” by Dawnie Walton recently and was once again brought into this debate. The book is wonderous, immersive art, looking at a time in early 1970s New York City when a Black American woman, Opal, made music with a white Englishman, Nev, under a fledgling record label.

The label finds success after signing a Southern band that boasts Confederate flags on their clothing and equipment. Opal is immediately appalled by their presence and tries to get her white peers to add their voice of dissent to being even slightly aligned with such a blatant display of hatred.

At first, the other artists express sympathy and nothing more. Then, the label’s owner wants to use this band’s newfound fame to boost everyone. He wants each artist to include the band on a new song. Well, this catches the attention of the white artists, as the alignment is now more than slight. Opal says of the situation, “Suddenly these same people were up in arms. And that right there is very typical of white people – won’t do what’s right till they’re directly affected.”

I had to put the book down and reflect on these words. This blog was in the back of my mind as I pondered rightness and proximity and timing. I feel the need to push against our modern norms in defining productivity and worth before we are all blind, and for me, it starts with our working environment.

Interested in reading more reflections inspired by Mary’s participation in the DEI Changemakers program? Check out parts one, two, three, four, five, six, and seven of the series.